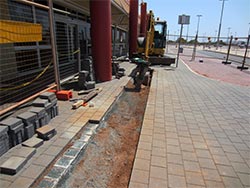 Firedam Civil P/L were contacted a number of years ago by City of Sydney Council, Energy Australia, AGL, and Sydney Water to partner in a project called the “Gateway Project”. This was where there was a programme of work to be completed to enhance certain areas of the city in order to make them more appealing and people friendly for visitors to look at and visit. These were Oxford Street Surry Hills, Darlinghurst Road Kings Cross, and Oxford Street Mall Bondi Junction.

These parts of the city were very busy areas. Both pedestrian and traffic wise. The streets, footpaths and shop fronts were going to be completely transformed. We were engaged to design and construct all of the underground services including, water, power, gas, telecommunications, sewer and stormwater. The idea of this was once the streets were finished and paved they were not to be re-excavated or disturbed again because all the in ground services would be new when the work were completed.

The logistical planning on this was huge, the political issues with this were immense and the push back and opposition from stores and retailers was huge. In Kings Cross alone an estimated 35,000 people a day travel through here. Kings Cross and Oxford street are the centre pieces of entertainment in Sydney with restaurants, bars and night clubs that are open 24 hours a day 7 days a week. The management of these people together with traffic takes a tremendous amount of planning to demolish roads and paving, fence off a section at a time and exhume and lay all of the services together with connecting them to the properties, we believe was a tremendous feat. We did three out of the four projects. We were not brought in on the first one but we certainly must have done something right to be brought in on the following three projects.

Because these projects were such high profile, programming of the works were very important. Imagine working outside a bunch of shops while this was going on. Business was not very brisk for the owners, so if you went over your time slot complaints were rampant. We managed to help the store operators and actually won their praise for the way we conducted ourselves. The project attracted the attention of the Minister for Planning who had to get an update once a week on progress. 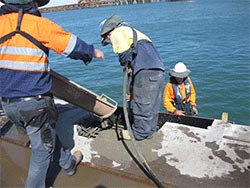 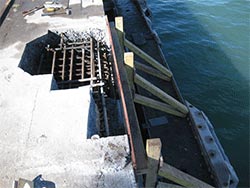 Part of our project at Port Hedland port involved the Hydro demolition of failed concrete on the wharf deck with a robotic water blaster.  The specification of the project required that the concrete be demolished and the internal steel reinforcing bar be retained. This is a highly specialised process. The hydro blaster breaks the concrete off the reinforcing without damaging or adversely impacting the steel reinforcing. We achieved this result for the client by utilising a robotic hydro demolition system which sat and operated in its own exclusion barricaded zone and was remotely operated.  This system performed the task perfectly. The robotics had a number of distinct advantages over the conventional hand held high pressure blasters. There was a significant difference in productivity due to not having to deal with the issue of operator fatigue, safety risks were substantially reduced as the system operator can remain a safe distance from the machine when in operation, the accuracy with which the machine operated allowed only the specific section that is required to be demolished.

We have also a number of other works where we put proposals forward to use community liaison personnel in place to talk to residents’ community groups, media and other outside stake holders. This type of arrangement works very well where there is opposition to a particular project. These people are very professional in their approach and they are almost seen as independent and outside of the circle of the asset owner and the constructor. Where residents view these two organisations as wanting to just get on with the works without that mild mannered professional, sit down have a cup of tea style of, approach that a community liaison officer brings. We have seen several projects where they have been used to great applause and I have seen where they were not used when they should have been. I always say “penny wise, pound foolish”. If an authority or developer is going to spend many millions of dollars on a project in a busy residential or shopping area we believe the appointment of community liaison personnel is well worth having and provide immeasurable value. 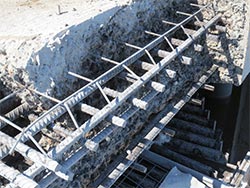 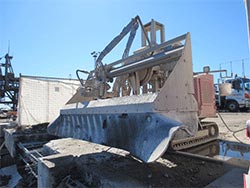