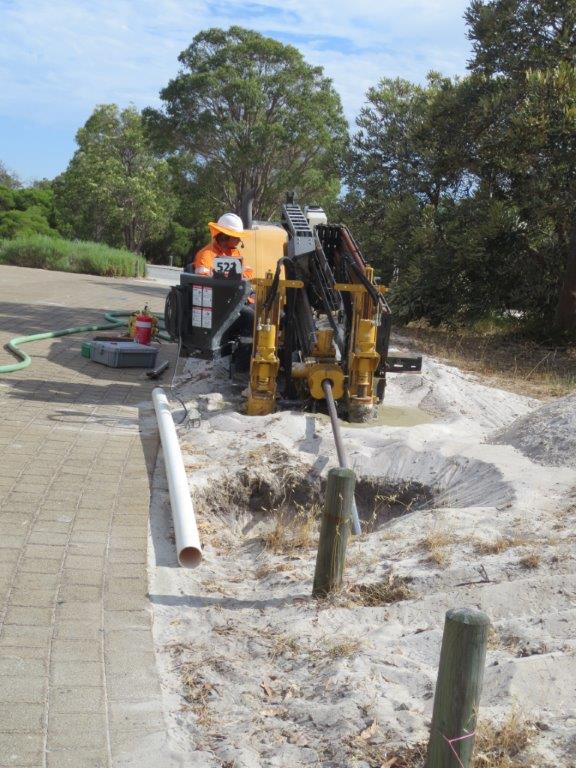 Whiteman Park is a major tourist attraction operated by the WA Department of Finance’s Building Management and Works agency. The large site approximately 4000 hectares is within bushland to the north of Perth and houses a number of historical displays with train, tram and bus rides around the park and the Caversham Wildlife Park as an adjoining attraction.

The works on site include 5km of pipe work consisting of main line and branches to service hydrants where required near buildings. Firedam also had to erect a pump shed and install and commission two pumps for this project. The pumps have both telemetry/scada for remote monitoring. The works had to be planned very carefully as not to impact on the general public. The area of Caversham Park was of a sensitive nature as we had to plan work as not to impact on large crowds and animals within the area.

Firedam mobilised to site on 7-8 January, slightly later than planned because of the bushfires and in the peak of the tourist season.
This was a significant factor in the expanded scope of trenchless construction. Originally around 400 metres of trenchless
work was envisaged, but this ended up being over 1500 metres to avoid or minimise disturbance to roads, rail lines,
paving, tree roots and entertainment areas.

Apart from the two directional drills, Firedam had two excavating crews on site one crew was digging pits and assisting the drilling crews , the second experienced trenching crew carefully excavated and reinstated remaining areas through both grassed and carpark areas.

Welding of this pipeline was by both electro fusion and butt welding methods .The complete pipe line and hydrants passed pressure tests 1st time and the project passed without any incident or accident. 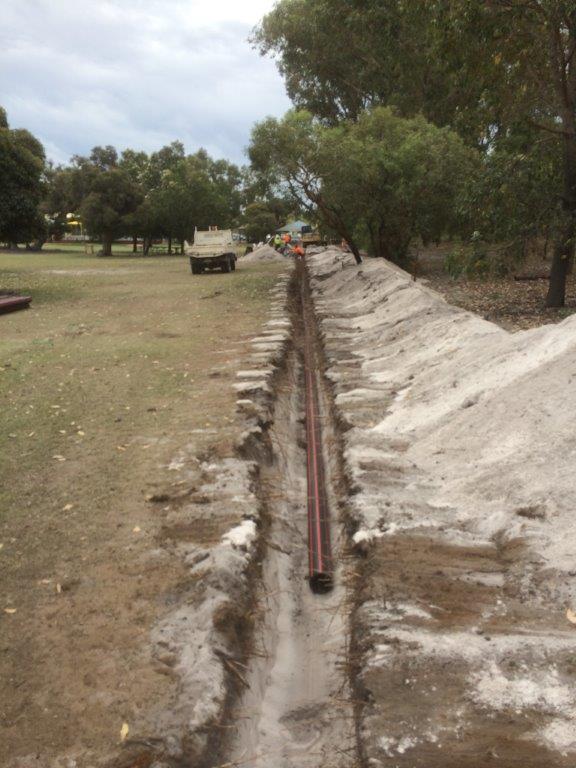 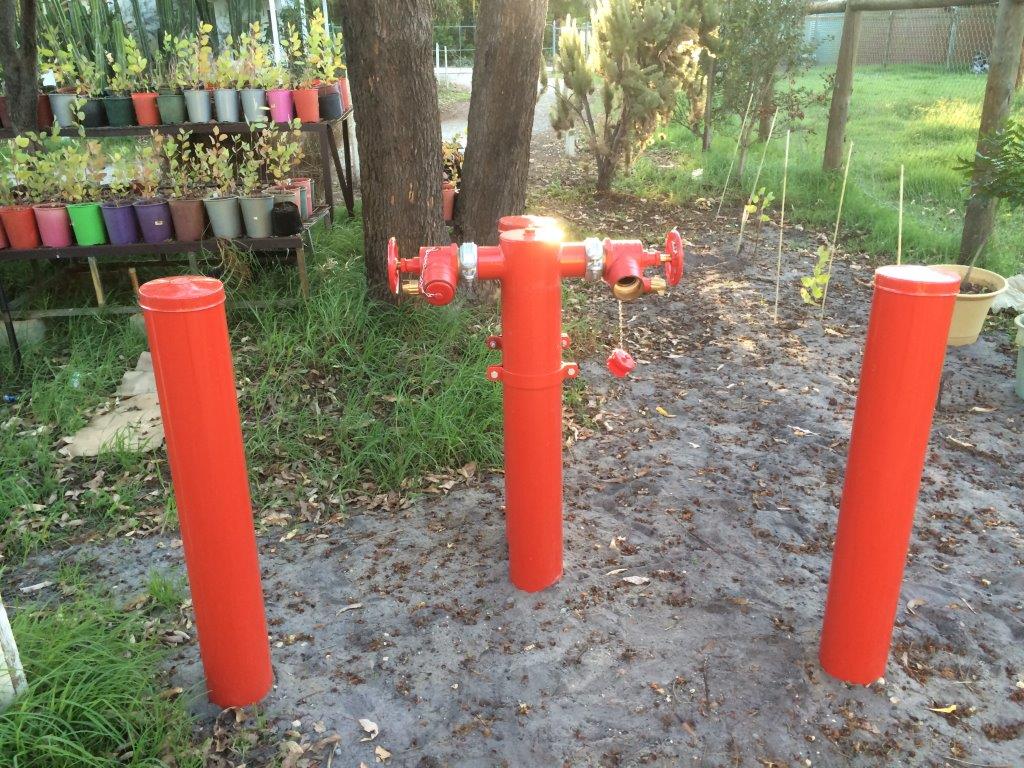 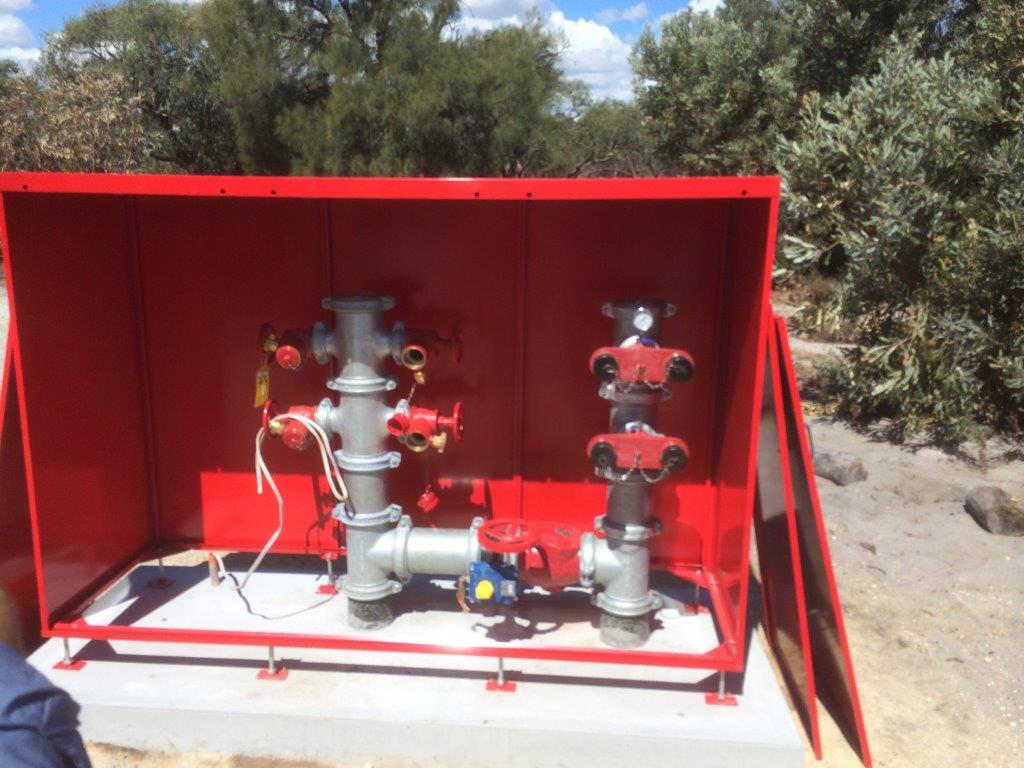 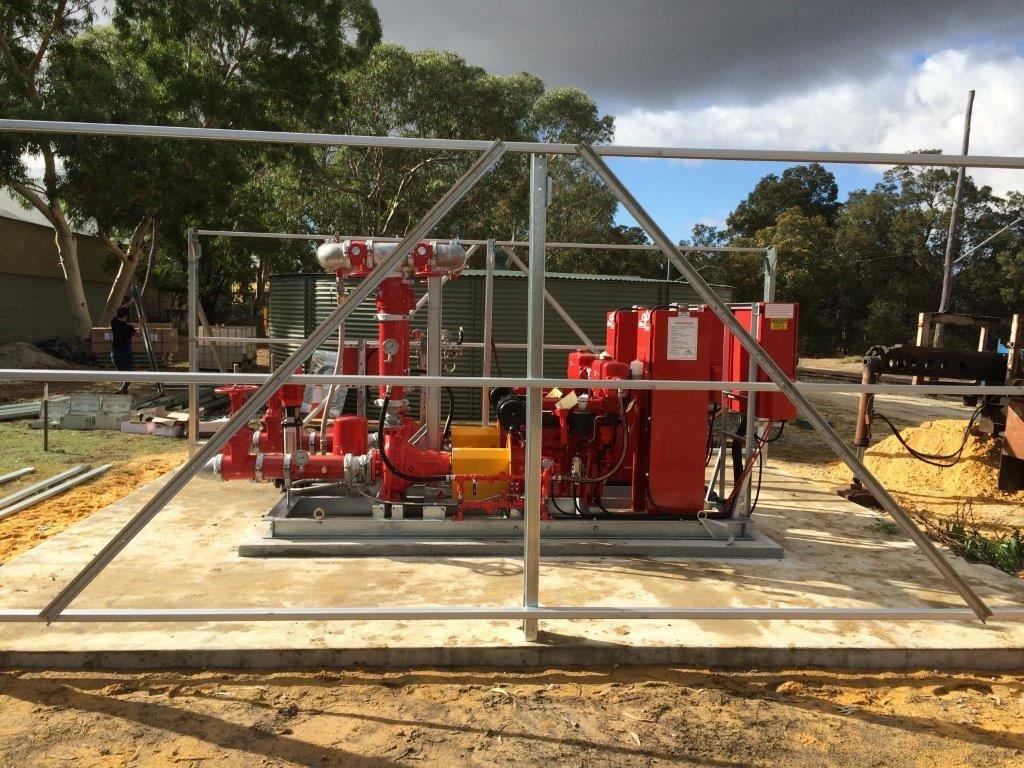 Firedam Civil P/L have designed and constructed many fire mains both for Karratha Airport, Dept. of Finance WA, Work Cover NSW, Perth Zoo and numerous other small projects. Please find following, a sample of these projects. In most of these projects we supplied fire pumps, piping, hydrants, storage tanks, valves, back-up systems, sheds, in other words, complete turnkey systems. 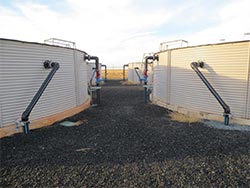 We have constructed these projects to Australian standards, as well when the need arises we can also construct to FM Global/NFPA20 which are other requirements for insurance purposes. We can also supply a full list of other works we have completed. 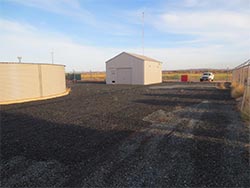 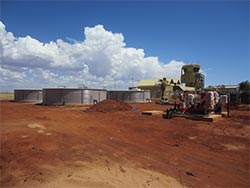 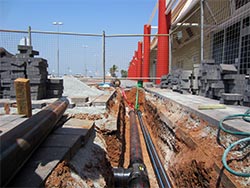 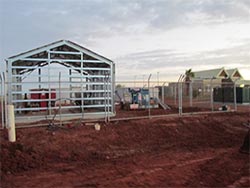